The mission of Broomfield FISH is to meet our neighbors’ basic human needs and provide them with hope and tools to rise out of poverty.  FISH is a nonprofit organization that provides food, emergency financial assistance, and one-on-one mentoring support to Broomfield residents in need. 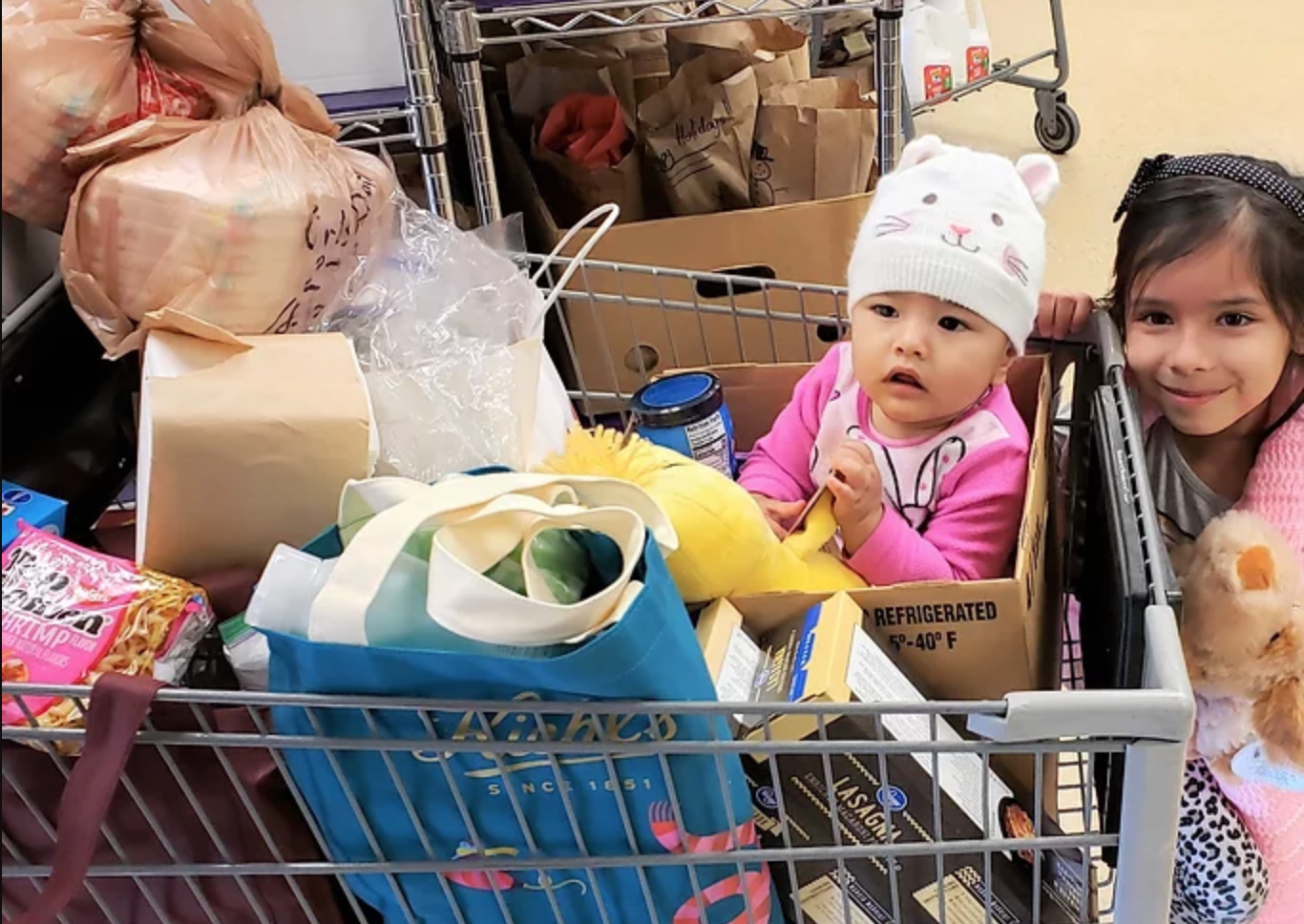 Broomfield FISH (Fellowship In Serving Humanity) has been a vital community resource serving economically disadvantaged residents for more than 57 years.  Originally founded in 1963 by a group of women from six local churches, FISH recognized that many community members were going hungry and began collecting and distributing food to those in need.  In 2001, the organization incorporated and in 2002 filed for 501©3 status. FISH began as a food pantry, but has since expanded services to include an array of resources and programs designed to help people become more self-sufficient.  In 2018, FISH became the only Family Resource Center (FRC) in Broomfield County.  After joining the Colorado Family Resource Center Association, we began focusing on whole-family, two-generational health and well-being.  Generally, FISH serves residents in Broomfield County living at or below 200% of the federal poverty level, offering food, emergency financial assistance, referral services to more than 30 partner organizations, and strengths-based, whole family development pathways.

Or that the cost of living in Broomfield has skyrocketed to the point where our FISH families are spending 70% of their total income just on housing?  Or that many seniors on a fixed income have to choose between purchasing needed medicines and food? 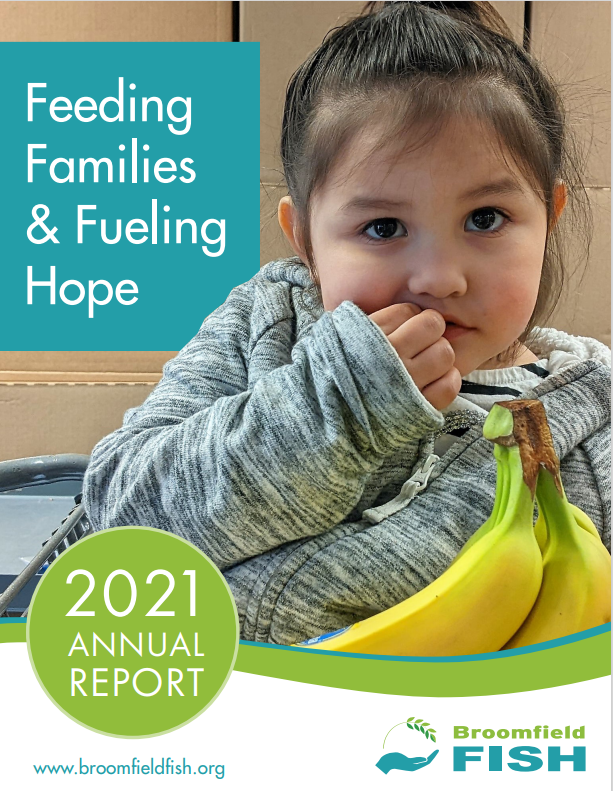 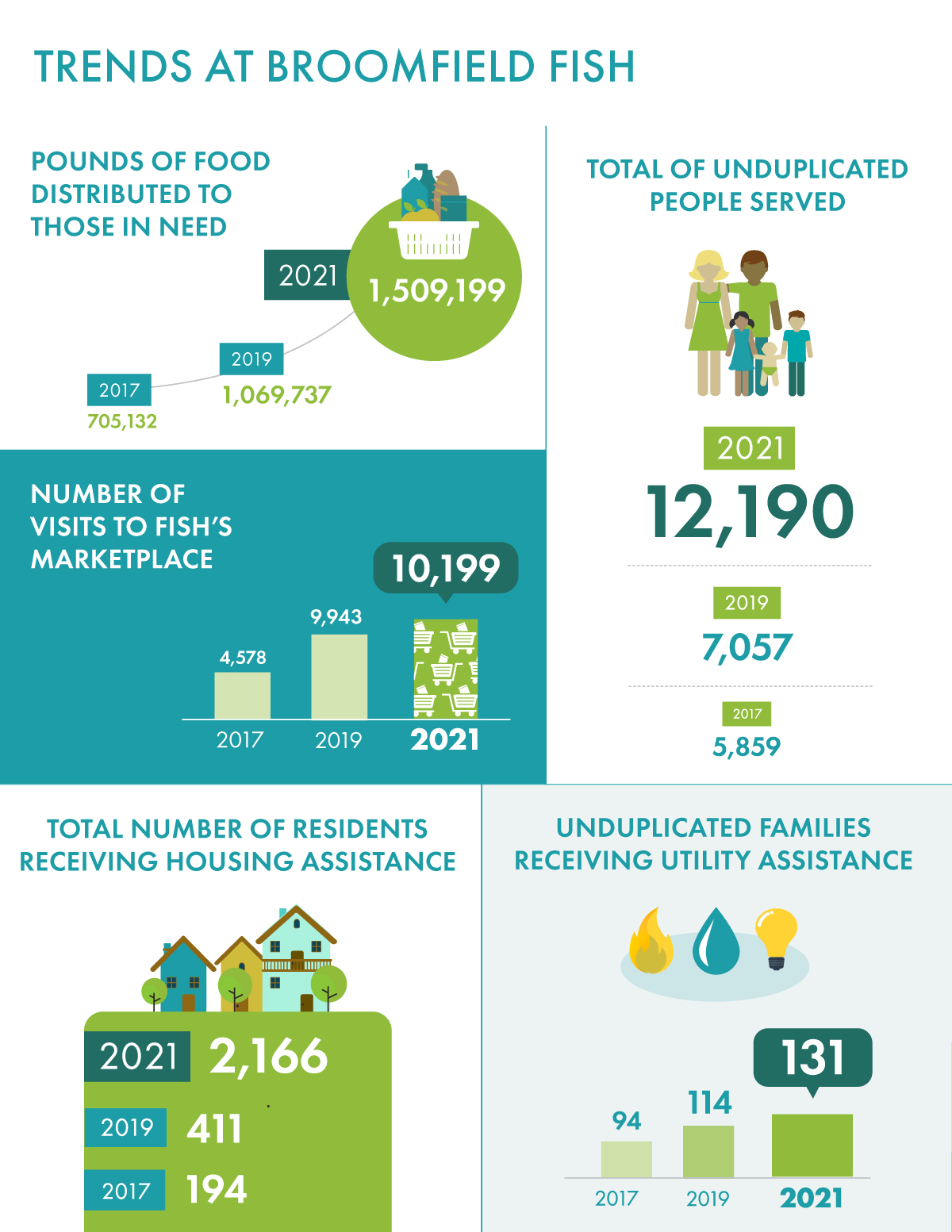 Adopted by the FISH Board of Directors in June of 2020

The mission of Broomfield FISH is to meet our neighbors’ basic human needs and provide them with the hope and tools to rise out of poverty.  Fundamental to this:

Broomfield FISH is committed to creating conditions in our community that ensure optimal health for all. FISH will use data-driven practices to support progress toward health equity. FISH will strengthen its organizational commitments to equity, diversity and inclusion by focusing on transparency and accountability in our efforts. FISH commits to examining the big picture and ensuring that EDI competencies are built into the entire structure of our organization.

Interested in hosting a food drive? Please fill out this form.